The Case for a Four-Conference NHL 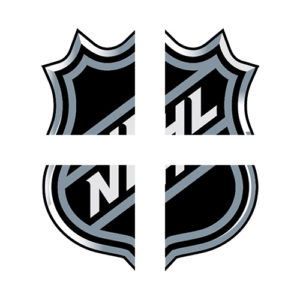 Expansion is coming, and the NHL has a golden opportunity to not just realign, but to reimagine what it actually is.

Among the “Big Four” North American pro sports leagues, the NHL is uniquely positioned to be bold in its structure. It’s never going to unseat the NFL, NBA, or MLB in overall popularity in the U.S., nor is it ever going to lose its perch as undisputed heavyweight champion of Canada. The hardcore fans in both countries are locked in for life—and forgiving when it comes to change (see past labor stoppages and realignments). Couple that with the fact that casual fans are not so into the status quo that they’d ditch the league if bold changes were made—much to the contrary, some just shy of the “true fan” tipping point, might just get the nudge they need to come over.

It’s time to usher in something unique: four “standalone” conferences, as well as a new season structure that adds substantial significance to the regular season, from game 1 through game 82.

The four conference idea has been kicked around by many for a while… and to be fair, the league itself proposed a four-conference alignment in December of 2011, over a year before the alignment that was eventually agreed upon. But we never got full scheduling and playoff details on how it would actually work since the NHLPA shot it down {https://sports.yahoo.com/blogs/nhl-puck-daddy/why-nhlpa-rejected-nhl-2012-13-realignment-plan-014526165.html} almost immediately… citing, among other things this lack of specific details on scheduling.

I’m assuming the league hadn’t actually fleshed it all out—and was really daring the Players Association to either look like weaklings by accepting a vague plan that the PA had had no input on, or look like bad guys in rejecting something that most fans (and many players) actually wanted. This was really a pretty savvy move by Gary and the Boyz™ very early on in the CBA dust-up… But I digress.

Again, since we’ve never seen or heard otherwise, let’s assume that the NHL hadn’t gone all the way down the rabbit hole, so let’s do our own coulda/shoulda on the details.

It’ll be fun, and who knows, someone in the league office and/or the PA might read this lil’ entry on this lowly blog and take it to heart.

In its current 30-team incarnation, the NHL is imbalanced and awkwardly aligned causing A) mathematical playoff percentage inconsistency—which the NHLPA originally balked at, but were assuaged when the wildcard concept was introduced, and B) scheduling incongruity—which I personally think is a bigger deal.

Now, with the likelihood of the NHL moving to 32 teams, another realignment should be in the cards.

The current agreement was passed by the Board of Governors on March 13, 2013, a week after getting the blessing of the Players Association. The agreement stipulates that the alignment will remain in effect for “at least three seasons,” meaning that anytime after the 2015-16 season, it can be sunset (yes, that can be a verb).

It’s time to move beyond it’s NBA-like set up of two big East-West conferences subdivided into divisions—divisions whose best teams sort of, but not really qualify for the post season. Nor should they go with an NFL- or MLB-esque structure of two coast-to-coast conferences that split all the teams between them.

So what is this new plan?

While some stuff is pretty bold, much is similar to what we already have with lil’ tweaks. This is by design. We love the NHL, and don’t want to make it a whole new animal. This is an exercise in giving it an interesting jolt without sacrificing what we love about this old venerable league. Here we go…

That’s the gist of it. Most, if not all of those points have been proposed by folks at one time or another (including myself)—so let’s look a few unique elements I propose we include:

Further differentiation from the other league…

This is the end of the NBA-ification of the NHL. Only MLB is older than the NHL when it comes to the Big Four. The league shouldn’t be emulating the others too much, it should be bold and confidently blazing its own trail.

The NHL (and it’s fans for that matter) have always been unique among the Big Four—it’s a winter sport that was originally (and sometimes still) played outdoors for crying out loud; it has more Canadian teams (by more than a factor of three) than the other Big Four leagues COMBINED; it has the greatest “greatest player” of its sport; it staged (with the Soviets) the most spectacular All-Star event in sports history; it has the toughest players; it has the toughest trophy to win; and oh by the way that trophy is the coolest piece of hardware of them all (by a factor of three… billion).

“Reveling in being different” is a good thing. The NHL often embraces it, and should really do so again.

Finish in the top three in your conference. This is the clearly understood goal for every team, player and fan. None of that weird stuff the NBA does for seeding, or the strange cross-division muddying the waters the NHL currently does. Be in the top three and you’re in—simple.

Wildcard has a smarter meaning…

An in-conference play-in game between the conference’s fourth and fifth place teams. More teams have a chance, and stay alive later and later into the season. Toss in the “just miss, get more lottery balls” aspect, and the regular season is riveting from start to finish.

All this makes looking at standings simpler. Concentrate on your conference above all… think of it as four separate leagues with a few inter-league games sprinkled in (okay, that’s kinda like baseball… sue me).

No more loser-point. I’ve gone back and forth in my own head countless times on this and landed on this solution: Games are worth 2 points. Period.

Winner gets 2 points and loser 0. Losing in overtime is a loss. Shootouts still exist to break a post-overtime tie, but the loser gets no point.

What you do get if you lose after regulation is a parenthetical (OTL) number in the standings. That is the first tie-breaker after points at the end of a season.

To illustrate things further: this system would have flip-flopped the 2014-15 Islanders and Caps in the standings. The top five teams in the Metro would have looked like this:

As you can see the Rangers would continue as #1 seed, but without the “loser-points,” the Capitals would have come in at #3 instead of #2.

It’s just weird to me that a team with more victories can be behind a team with less victories in the standings. As was the case with Islanders in 2014-15. Also, the Blue Jackets would have been just two extra victories from passing the Pens for 4th place that year, instead of being 9 points out, and with basically nothing to play for the last couple of weeks of the season.

C’mon… this is better.

Much like the Fahrenheit scale, “reaching 100” will be a big deal (on a side note, I am a huge proponent of the US switching to the metric system, but not with the temperature scale… 100 needs to mean something to humans, not be a temperature at which water boils… </rant>). A 100 point season should be a real accomplishment. Again, looking at the 2014-15 season, the teams that would have hit that plateau with this new point system would have been:

And that’s it. Five teams… not the twelve we got with the loser-point thrown in. 2013-14 would have netted us six “centurions” (instead of ten).

Oh, and being “over .500” actually means having won more games than you have lost again. This is not unimportant to casual fans.

Because lots of GMs and owners are (arguably justifiably) reticent to trade within their conference today, in our new system, instead of having pretty much half the league on the “don’t trade to list” you only would have 7 teams—if you’re management that subscribes to this kind of thinking, that is.

– Fluid match-ups for Stanley Cup Final… possible to see a Toronto vs. New York, or Vancouver vs. Chicago, etc. in the Final.

– As a percentage, more regular season games against in-conference rivals

– Again, more frequent playoffs encounters versus rivals over the years.

– More flexible to have the farthest west teams in the Eastern Time Zone (DET and/or CBJ) to be in a Conference with teams in the Norris… they aren’t technically “moving to the West,” they’d just be moving to a “geographically-based” grouping of 8 teams… Unlike now with the Central and Pacific, the Norris would be no more affiliated with the Smyth than it would be the Adams or Patrick.

That’s about it, folks. I’d love to see this happen, and would love to hear what you think. I hope our beloved league takes this upcoming opportunity to evolve into something like this. There’s plenty to love about the NHL, but that doesn’t mean it doesn’t have room to improve. Let’s make it even more special than it already is.

Owners/Governors, if you are interested in using all or some of these ideas, feel free do do so. I ask nothing in return… but feel strangely compelled for not related reason whatsoever to post right here that I wear an “L” sized hockey jersey, my favorite teams are the Stars and Leafs, I have a dream to go to every arena in the league with my wife and two daughters, and I don’t have money to pay for any of that… just saying.

1Tie breakers being OTL; in-conference record; goals for; goals against;
2Schedule breaks down like this:

• 4 games (2 home/2 away) against your 7 conference-mates = 28 games
• 2 games (1 home/1away) against the 24 non-conference teams = 48 games
• 1 additional bonus home-and-home series against a single team from each of the conferences outside your own — 2 games against 3 teams = 6 games
• the extra series rotate each year, cycling through all teams each 8 seasons