Expansion to Seattle, Relocation to Houston and Quebec City

I’m not advocating for this, nor do I feel this is even likely, but let’s look at a “might happen” scenario for a few years down the road. In this new NHL the following goes down:

• The clock runs out on the Coyotes and their quest to get a decent arena deal or arena location in Greater Phoenix and the move into the very-ready Videotron Centre in Quebec City.

• Once the new (Texan) owner of the Carolina Hurricanes acquires the other 48% of the team, and either works out a lease-buyout, or simply waits out the terms of his “have to stay in Carolina” agreements, he opts to move his team in the Toyota Center in Houston.

… and we end up with a league that looks like this: 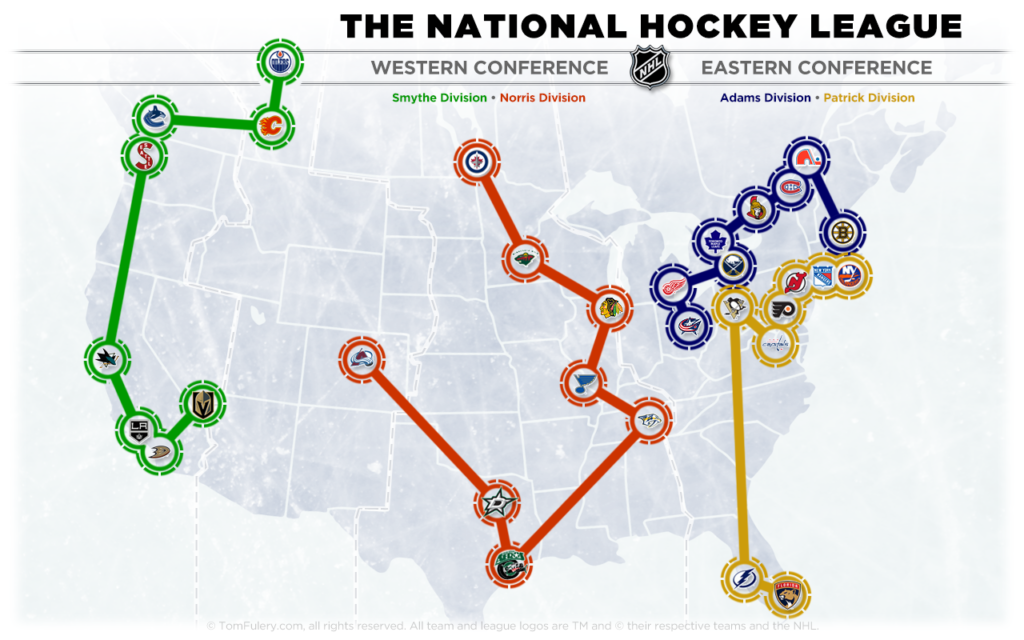 Bonus: I’ve renamed the divisions to the glory days version we all* loved until 1993.

*Not based on anything even closely resembling fact.