In his NY Times post, FiveThirtyEight’s Nate Silver steps away from politics and baseball to take on the NHL. The post’s title, “Why Can’t Canada Win the Stanley Cup?” is a lead-in premise to his re-imagining of a more balanced league in terms of where and how intense fanbases seem to be.

It’s nice to see a mind far smarter and more analytical than my feeble patchwork of five or six braincells look at how to better the league.

I’ve taken his new 28-team optimized NHL and put my ol’ realignment spin on it. Same guidelines apply as my NHL Realignment Project:

1). Keep the conferences limited to one or two time zones (a.k.a limit East-West travel);

2.) Preserve rivalries as much as logistically possible. 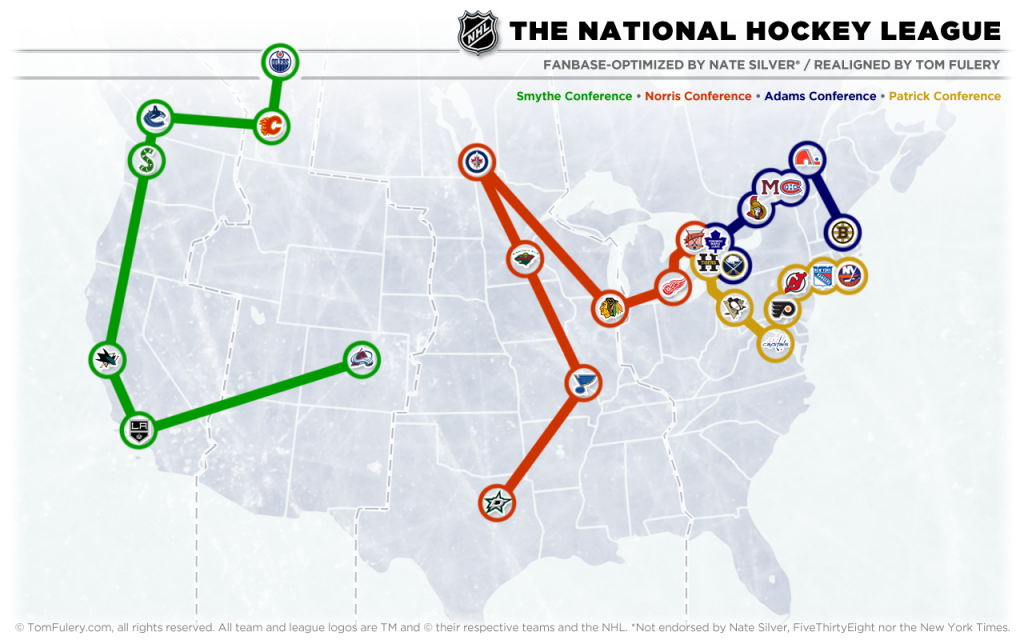 Nice to post something about realignment again. I gotta say, I missed it.

As always, thanks for reading… and make sure to check out Nate Silver’s book, The Signal and the Noise: Why So Many Predictions Fail  but Some Don’t

Check out the rest of the NHL Realignment Project too, in case you missed it.