Oh, You Want a RADICAL Realignment?

You all knew I wouldn’t be able to stop.

Here is the most radical, yet positively doable re-imagining of the NHL yet. It’s a crazy hybridization of the plans being tossed around lately, plus relocation and expansion. It addresses the biggest gripe of the latest realignment—Chicago losing Detroit as a more-than-two-games-per-season opponent. It does however keep the other gripe that half(ish) fans have, the “final four” playoff style. Also, since we’ve upped to 32 teams, there shall be no whining about uneven/unfair playoff chances.

The key to it all is this: In addition to Conference opponents, each team gets two non-confence rivals which whom they have an additional home-and-home series. I picked the pairings based on previous rivalry history (i.e. Chicago/Detroit), relocation history (i.e. Quebec City/Colorado), Stanley Cup finals history (i.e. LA/Montreal). These pairings can obviously be tweaked, but the idea is there, and dare I say, really interesting to me.

I’ll stop talking now… other than to apologize to the fans in Miami and Phoenix.

Additional Note: Florida to Houston could just as easily be to Kansas City or Milwaukee or some other Central Time Zone city.

Click the image to enlarge and read the details: 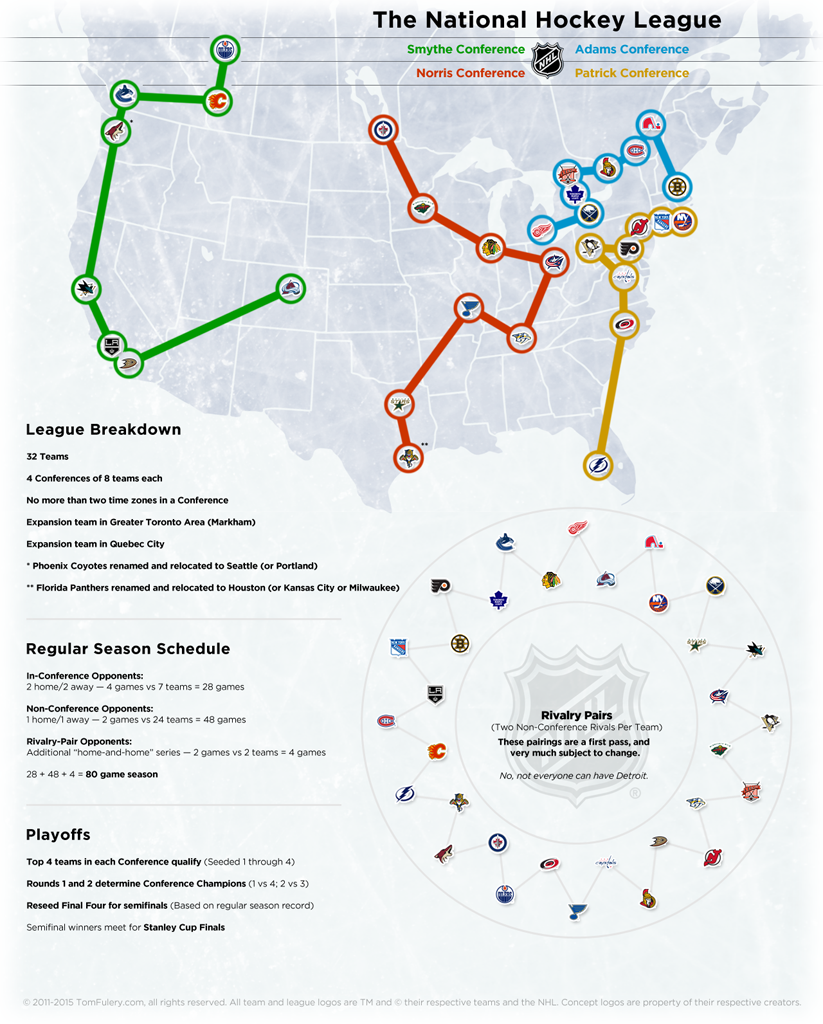