Elliotte Friedman of Hockey Night in Canada (@FriedgeHNIC) reported that the forth-coming NHL Realignment Plan will be similar, but not exactly the same as the one the NHL proposed back in December of 2011. It’ll still be four conferences (two of 8 teams, two of 7 teams), but Detroit and Columbus would be moved to the “eastern” two conferences to reduce travel and better reflect the fact that they are actually in the Eastern time zone. I’m still processing it all, and considering the implications it has with future expansion and/or relocations.

In the meantime, here is one of my maps reflecting the proposed breakdown (click it for a larger version): 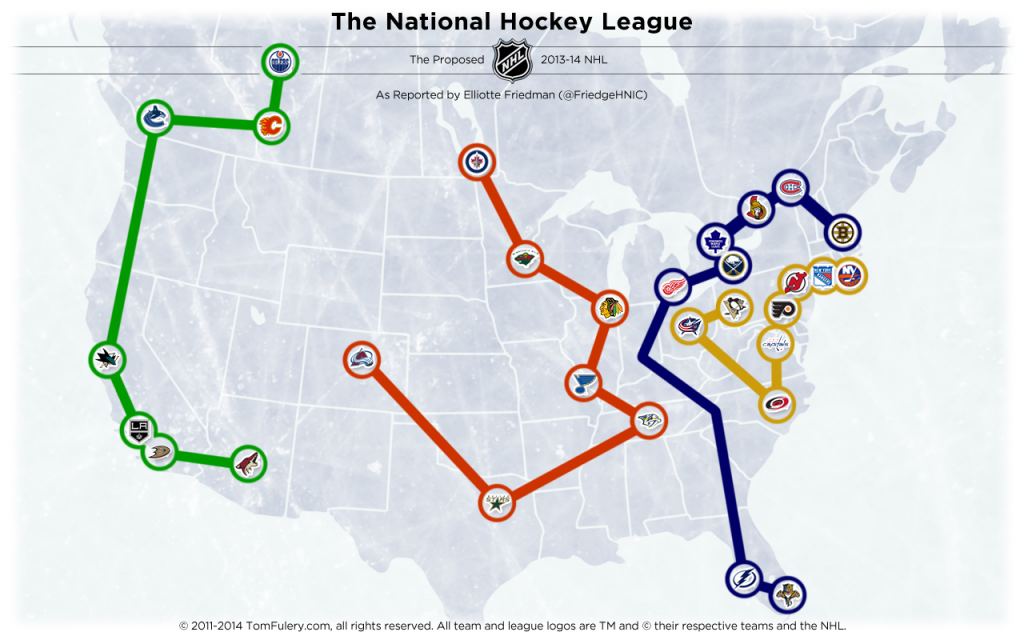 Bring on the super-happy few… and the very pissed off masses.